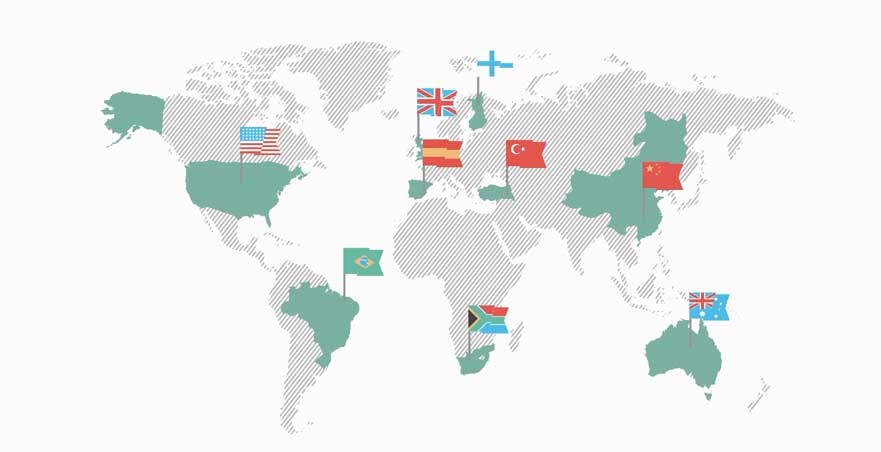 Even now in 2016, language continues to be one of the most difficult obstacles to overcome when it comes to online commerce. Apart from large e-commerce platforms that have managed to localise much of their content, it remains the case that most websites continue to be aimed at just one market, which is often defined by the language in which content can be generated and controlled.

How to break down language barriers?

Translation for the masses

Often, when an e-commerce platform makes plans for its international expansion, a mass market is selected in which high investment returns can be gained while even capturing a small share of the market. This is the case for expansion towards the American or Chinese markets. In recent years, the latter has moved away from its export trend to become one of the largest consumers of European products in the world. The absence of competitors for very specific market niches make it a strong candidate as the first step of an expansion strategy. The investment required to translate all content into Chinese is small compared to the return that could be gained by capturing a small percentage of users, bearing in mind that the country holds one billion potential consumers.

The European market, a challenge for small- and medium-sized enterprises

On the other hand, one of the most important steps companies can take is towards the European single market. Taking the leap and becoming a company that covers all countries in the European Union will mean having access to 25% of the global economy and being able to reach 50% of the world's online population. However, a significant sticking point is the variety of languages and cultures that coexist in this small relatively area.

Currently, the high price of translation represents a barrier for small- and medium-sized enterprises that wish to access the large European markets. The elevated cost prevents them from achieving their full potential and the issue is becoming a major problem for economic growth in Europe. For this reasons, companies specialising in language technology, in collaboration with governments, are making constant improvements in the field of machine translation and they are working to bring down the costs of translation.

With this in mind, the temptation to translate only into dominant languages (English, French and German) is understandable. It represents a minor economic investment and it facilitates the management of content in a sustainable manner. On the other hand, studies carried out on perceptions and purchasing trends of users show that communicating with potential customers in their native language means they are six times more likely to make a purchase. Fifty-two per cent of Europeans do not make purchases on websites that are only available in the English language, while there is a positive customer perception and a higher conversion rate for sales on websites that offer content in local and regional languages.

Furthermore, translation into a local or regional language gives customers the ability to differentiate themselves, and stand out from competitors who only use main languages where the market is saturated. There is a greater likelihood of achieving a high position and more visibility if website content is localised.

A guide to LinkedIn Ads

Is your business ready for Black Friday?

Localising your advertising on WhatsApp