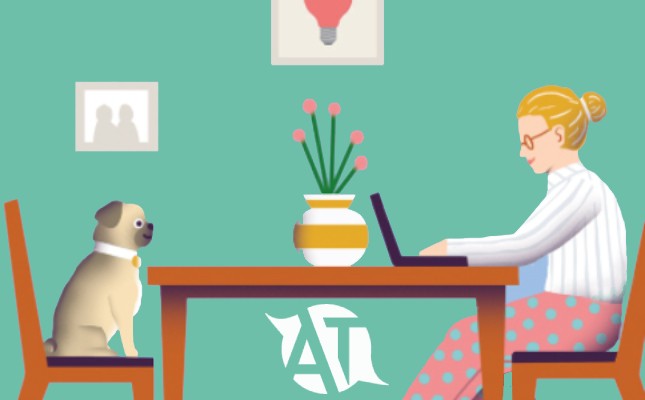 Can you judge a translator by their profession? Today we're going to take a look at some stereotypes of translators - with our sense of humour intact! Which of them are true, and which are exaggerated? Do these situations sound unreal - or plain surreal - to you?

Adverts, subtitles, posters, menus, publications... Nothing escapes the clinical eye of a translator. There's no shortage of spellings out there to dissect. And because we live to share, they won't hesitate to give their accurate diagnosis to whoever will listen. In the translator's code of ethics, every mistake must be treated as a wound that needs to be stitched up before it gets worse.

AT's diagnosis: True to the core. Is your friend a translator? You should know they just won't be able to let your errors go - never put off correcting something till tomorrow that you could correct today.

This is linked to the previous stereotype - let's see how they use instant messaging or even dating apps like Tinder. Translators are obsessive about their writing in any medium - formal or informal - so a love affair could flourish or go up in smoke based on a spelling or grammar mistake. "I'll never speak to them again no matter how hard they try to make up for it!"... You'll be ghosted instantly.

AT's diagnosis: Burning errors and spelling shaming are no foundation for love. If you want a like, check the OED.

A classic! It's the same for anyone who works from home. Pyjamas are the office wear par excellence for self-employed translators. And sometimes, if they get an unexpected video call, they'll be caught in a jumper/T-shirt and pyjama bottoms combo - the perfect pyjama-inspired look, straight from the trends section of Vogue.

AT's diagnosis: Pyjamas are THE OUTFIT that's made it from bed to work (and sometimes out and about too). So you could say translators are fashion-forward pioneers and trend-setters. They were already dabbling in the 'pyjama look' way before any of us went into lockdown - and it's a trend that's coming back season after season. But comfort isn't confined to just one sector - it transcends borders and careers. And we all know not everyone follows trends, so it's not something that's inherent to the profession.

Like any self-employed professional, their turnover is inextricably linked to their workflow, so as long as their brain is ticking over, they won't hurt their wallet. There's no doubt that being self-employed ups your pain threshold. They're the real X-Men, ready to take on their Magneto-text using their own special powers: a keyboard and a screen.

AT's diagnosis: Translators are our superheroes, but - so far at least - they're still human. They get ill like the next man, but if it's just a common complaint they'll keep working away on their projects without the need for a cure from the lab.

Which translator hasn't seen themselves in the future, pen and paper in hand, sitting in an antique wooden chair, festooned in a Shakespearean collar writing a masterpiece of kings, queens and tragedy. This dream may well be real - at least whilst they're sleeping - but when they get up and get going in their designer PJs, they hit their ergonomic Ikea chair, switch on their ultra high-tech tools, and set to work on someone else's masterpiece... and no badly-written text will escape a good dose of translator critique.

AT's diagnosis: The same could be said of literary critics, publishers and other professionals. In the case of translators, this is a fiction. They know how to find pleasure in reading, and nothings satisfies them more than finding the best way of translating the content they're reading into another language. So you could say translators are the creators of the final piece in the target language. They are, in essence, writers. There's no frustration there.

No doubt there are more translator stereotypes out there, but we think we've covered the main ones. Can you think of any more? Do they resonate with you or are they pretty much groundless? We're reading.

When should I choose a specialised translation?